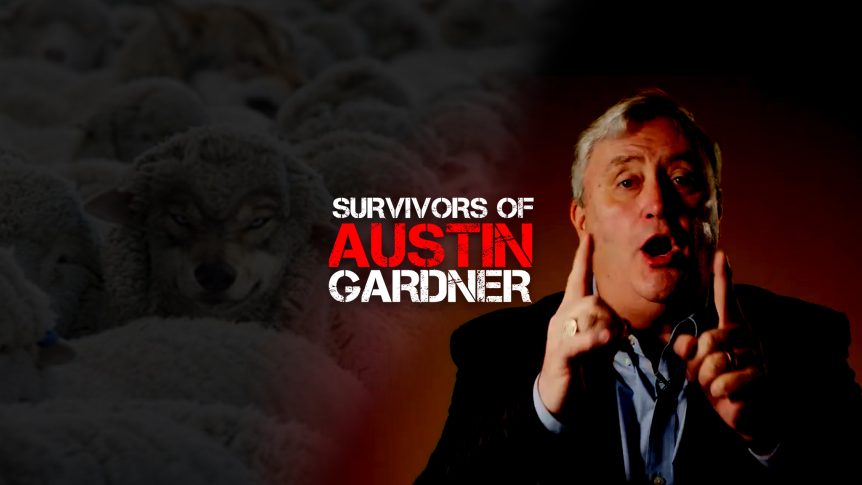 It has taken me a long time to find my God-given voice and the courage to speak out in hopes of warning others of this type of high-demand organization and abuse by religious leaders.

As Jesus has been working in my broken heart since leaving Vision Baptist Missions over eight months ago, I think of how Jesus flipped over tables and spoke out against those gaining monetary profit in the temple, calling what they made it into “a den of thieves” and of how Paul called out sinful behaviors in churches.

I believe the Lord would have me speak out so that others do not have a similar story to my own.

I was told to be sweet and keep quiet, making me a “respectable and submissive lady” in the organization. Women who questioned or challenged the leadership or group teachings were seen as outcasts and “untrainable.”

Before moving to Georgia in 2014 to begin my missions training at Vision Baptist Missions, I was a rape and domestic violence survivor on many accounts, which sadly left me with a certain disease.
When I told Austin Gardner and Robert Canfield during a pre-marital counseling session about an upcoming biopsy I needed, Austin laughed in my face for having such a disease that was outside of my control.

When I had excitedly told him with pride that I had recently flushed all of my antidepressants down the toilet, he audibly laughed at me for needing them in the first place.

He told me that I was a drug addict for taking doctor-prescribed medications and that I was a woman who would ruin my husband’s ministry with my health issues. I was then strongly pressured and manipulated to come off of all of my necessary prescription medication in order to prove myself and be considered worthy of being a missionary who could receive monthly support from Vision Baptist Church (Austin Gardner was still pastor at the time).

I was told and pressured by Austin Gardner to go on an extremely restrictive diet where I could ONLY eat beans and vegetables in order to try to “cure me” since he did not believe I had “real health issues.”

Austin would not approve of or bless our marriage until I could prove to him that I would submit to his demands and do what he wanted. So, my husband postponed our wedding date by 3 months so that I could prove myself to Austin and VBM leadership.

My husband, Brendon Wung, who was my fiancé, was strongly pressured to cut off the engagement because I was “un-submissive and had health concerns”…
Austin would not even marry us until I got a written note from a doctor saying I was healthy enough to live overseas. So, I told my doctor that my symptoms were mostly gone.
I now know better and realize that I should not have allowed myself to have been intensely manipulated regarding my own personal health and well-being.

On our wedding day in a private room right before the ceremony and while the guests sat in their seats, Austin very sternly looked into my eyes while he stood next to his wife and made sure I repeated to him that I would be a “submissive wife” to Brendon at least two times in a row before he would move forward to perform our wedding. (He also made sure that I loudly repeated this multiple times during our actual wedding vows.)

He threatened to leave and drive the 11 hours back to Georgia without performing the wedding ceremony if my words were not convincing enough.
And then he said, “This is why I usually only do funerals and not many weddings because at least I can’t screw up a funeral…”

Then he reluctantly married us.

Later, my husband was told by Austin never to mention my health struggles in our prayer letters or from the pulpit for a ministry update ever again in his church since he believed that all of my health issues were “just in my head.”

Other VBM leaders (i.e., Mark Coffey, Robert Canfield, Jeff Bush, and their wives) all took part in gossiping and spreading rumors about me to each other and to Austin Gardner throughout this time period, causing me to be harshly judged before people got a chance to know me.

This made my life with Vision Baptist Missions a living nightmare which I felt like I could not wake up from for nearly eight years.

When people come to church wounded, they should be pointed to Jesus for healing. People should not come to church, get abused by the religious authority, and leave grasping onto the hem of Jesus’ robe.

There are many other examples I could give of how Vision Baptist Missions’ current leadership knows of and continues in Austin’s dangerous teachings and abusive behaviors.
These are just a few examples of why I say, “We escaped a religious cult.”

Check on the quiet ones. They are probably hurting. Check on the ones that seem to have it all together. They may be forced to keep silent from high pressure all around them.
May the Lord shine a light upon the hearts and eyes of those who need healing or need to change.

What the Devil means for evil, may the Lord redeem for His glory.